Conscious Light offers a penetrating glimpse into the remarkable life and enlightened teachings of Avatar Adi Da Samraj and his work to establish a way of ultimate spiritual realization for everyone. It draws on extensive archival film, photography, and audio recordings, as well as interviews with students who lived with Avatar Adi Da and continue to practice the way that he revealed.

The film also captures candid, often humorous, and spiritually profound exchanges between Avatar Adi Da and his students over the course of more than three decades, including transcendent moments of sublime silence and spiritual transmission. Viewers are drawn into a deeply intimate experience of Avatar Adi Da’s living spiritual presence. 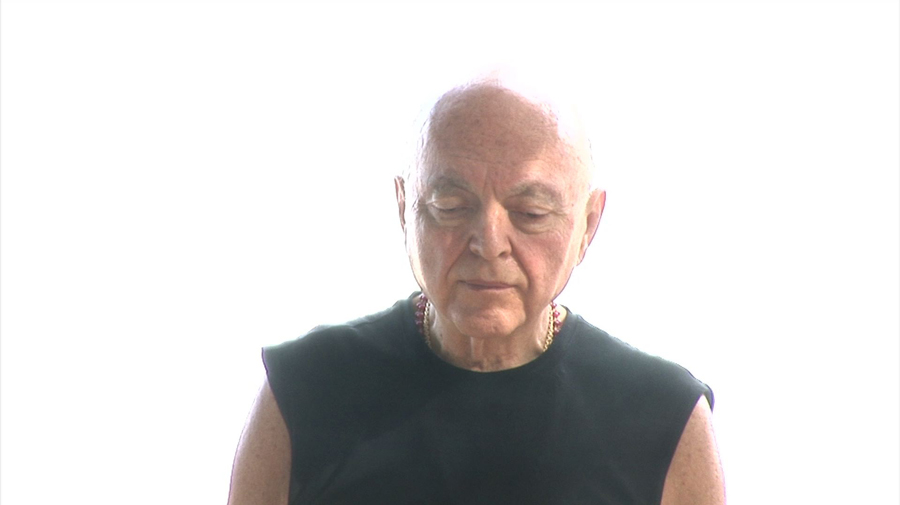 Something entirely new is required—something comprehensively right. My entire life has been spent in working to establish the basis for a new and comprehensive culture. My lifetime of work has always been about rightening of human existence, and the transcending of what is binding human beings and leading them on a destructive course. What is now required is an epochal change in the history of human endeavor. A transformation of human understanding and of human processes altogether must occur.

His Divine Presence Avatar Adi Da Samraj (1939–2008) devoted his entire lifetime to revealing and establishing a unique means for human beings to discover the ultimate nature of reality itself, which he describes as Conscious Light, or the “Bright”.  Avatar Adi Da communicated this reality not just through words or philosophy, but through his direct spiritual transmission. Avatar Adi Da’s enlightened condition and transformative influence are very much alive, even after His physical passing.

During his lifetime, Avatar Adi Da touched and transformed the lives of many thousands of secular and religious seekers, founding a new sacred tradition available to all who respond most seriously to His spiritual calling. Coincident with his work with spiritual aspirants, Avatar Adi Da established a new basis for human culture in a world fractured by conflict and strife.

Avatar Adi Da authored more than seventy books of spiritual, philosophical, social, and practical wisdom. This vast body of teachings clarifies every area of human life and provides a unique understanding of the human condition and the great process of spiritual growth and realization. His writings have been acclaimed by Alan Watts, Irina Tweedie, Jeffrey Kripal, Andrew Harvey, and many others. His book Easy Death was called a “masterpiece” by Dr. Elisabeth Kübler-Ross, noted author and pioneer researcher on death and dying.

Avatar Adi Da’s life was a living demonstration of the Conscious Light that is reality itself. His communications of truth and beauty are profoundly relevant to people of all cultures, faiths, and traditions. He has fully established a new blueprint for human growth and for the spiritual transformation of all beings.

In 1979, Peter became a professional actor, featuring in many popular Australian films and television series—see IMDB—while also, with the support of Film Victoria and the Australian Film Commission, developing and producing the feature film “Hammers over the Anvil”, starring Russell Crowe and Charlotte Rampling, with the South Australian Film Corporation.

In 1992 Peter turned his hand to multimedia—developing, with the assistance of the Australian Film Commission, the prototype of an interactive movie “Familiar Strangers” before moving to the US in 1998 to become a student of Avatar Adi Da Samraj.

Peter produced and acted in the eight-hour theatrical production of Adi Da’s literary work, “The Mummery Book” over several years. He also managed and produced many smaller theatrical and media productions while developing, producing, and then directing Conscious Light with Blythe Massey.

is an award-winning documentarian who specialized in creating short films for global non-profits for fifteen years. She interviewed hundreds of people from over twenty countries for stories that encapsulate transformation, peace, and the sacred.

Blythe has often been invited to film in circumstances where cameras are rarely permitted. She has filmed indigenous shamans in Ghana, medicine women in Mexico, rites of passage journeys in the United States, traditional ceremony in Fiji and sacred dance in South India. While a student at Colorado College, Blythe worked on the feature documentary ‘The Brothers Berrigan’ where she had the opportunity to film Nobel Peace laureate, Daniel Berrigan, and legendary folk singer, Pete Seeger.

Blythe has produced, shot, and edited over twenty-five shorts. Conscious Light is her first feature documentary.

In October of 2008, as a new student of Adi Da Samraj, I was invited to join a film team on a pilgrimage to His principal Hermitage Ashram on the remote island of Naitauba in Fiji. As with all traditional Hermitages, it is a complete ordeal to journey there. After three plane rides and a five-hour boat ride crossing the Koro Sea and the reef surrounding Naitauba, I finally arrived at this remarkable island.

We were a film team gathered from all over the world to document the daily sightings of Avatar Adi Da Samraj. At the time, we were not intending to make an introductory biographical film. We were there simply to film Avatar Adi Da whenever the opportunity arose, to capture on video what we came to recognize as a most pristine state of consciousness, manifesting in this human being.

After six weeks of daily filming, I left the island early on the morning of November 27, 2008, only to hear later that evening that Avatar Adi Da had suddenly passed.

Struck by the realization that we had fortuitously filmed the final forty days of his bodily life, I knew that we were now propelled into a new filmmaking journey. We immediately began to gather the vast array of archival footage from Adi Da’s thirty-six years of teaching and blessing and began to construct the foundation of a feature biographical documentary. After fifteen months of initial documentation, writing, and editing preparation, we passed the project over to Peter Harvey-Wright and an Australian team, who spent the next three and a half years doing a great deal of work toward developing a feature documentary.

As a longtime filmmaker, I was very conscious of the general expectation that people have of the documentary medium—in particular, the expectation that there should be a “journalistic balance” in one’s approach to dealing with any particular subject.

As a student of Avatar Adi Da who was also making a film about his life, that approach was not an option. And, to be real about it, I didn’t want to approach it that way, either. What I did want to do was to make a film based on respect—respect for the fullness of who and what Avatar Adi Da is, and respect for the viewer who does not know him at all, coming to him fresh and therefore wanting to see a film that is real, grounded, and open about the truth of what we perceive in Adi Da. I wanted the film to be a genuine, heart-felt statement that the viewer of Conscious Light could readily feel and appreciate.

In this film we are attempting to give the viewer real insight into why someone would become a student of Avatar Adi Da, conveying something of the masterful wisdom and compassion that Adi Da brings to human life, and enabling them to feel for themselves why his students are heart-attracted to him as an authentic spiritual realizer.

Avatar Adi Da’s life and work had been documented to an unprecedented degree over nearly four decades, so our challenge was finding the archival gems that were right for this film.

The key that became clear over time was that Avatar Adi Da’s own voice could provide the real through-line and scaffolding for this film. As we interviewed many of his students from around the world, it also became clear that their stories—providing personal accounts of their experiences with Avatar Adi Da—were crucial in corroborating the efficacy of what he is offering.

In 2013, active work on the film stopped for a period, but the process of ongoing consideration about the film continued.

Then, in 2016, I was asked if the film could possibly be completed. Having continued to live with and consider the film during the three-year hiatus, I was now ready to bring fresh ideas to the table. Fortuitously, Blythe was now living close by, and we could work together.

After three intensive months of editing in early 2017, an entirely new film began to emerge—one that we both felt had the potential to become a very strong documentary. Others agreed, but it was also obvious that there was a missing piece.

It was now nine years since Avatar Adi Da had passed. During this time, the international community of his devotees had undergone a notable transformation—a deepening of daily practice and of spiritual participation with Avatar Adi Da that needed to be conveyed in the film.

To document this, we knew we had to return to Naitauba Island—the best location to record those whose direct spiritual participation with Adi Da was most strongly in evidence to us. This journey was also about receiving essential input from Adi Da’s senior renunciate devotees to ensure that the film conveyed the fullness of Adi Da as Avatar.

On Naitauba, we filmed devotees speaking of their spiritual participation with Avatar Adi Da within a sacred culture devoted to fully living and practicing his teachings. It had an immense impact on us as filmmakers. It was an immersion into the living depths of what we were hearing and feeling throughout the process of making this film.

We interviewed eighteen of Adi Da’s devotees from North America, Asia, Europe, and Australia, and listened hour after hour to stories of how Avatar Adi Da’s transmission was continually drawing them into a profound state of being. And while we could only include mere glimpses of these interviews in the film, they nevertheless provided the missing “piece” that enabled us to complete it.

In Conscious Light we have done our best to truly represent Avatar Adi Da Samraj—conveying something of the living process of his spiritual blessing that continues to unfold.